skip to main | skip to sidebar

Sin Miedo, Sin Gluten! It ain’t a Pain being a Celiac in Spain 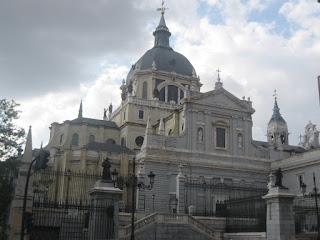 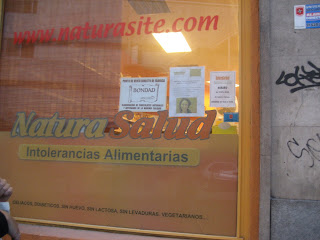 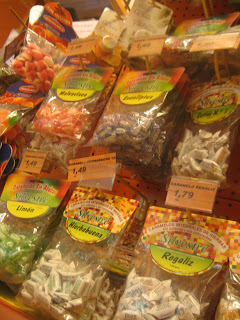 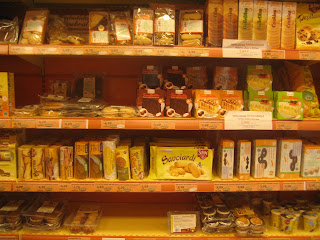 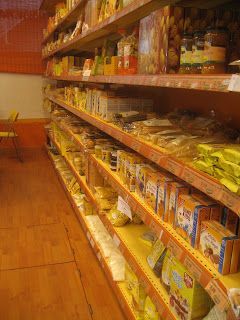 About a week ago, while I was enjoying another heavenly dining experience at Il Tulipano Nero, I overheard an Irish couple trying to tell the waiter how much they appreciated the gluten free pizza in English and the waiter trying to understand very unsuccessfully. I butt into the conversation to soothe the communication barrier and soon became acquainted with this charming Irish couple. We began discussing and comparing being a Celiac in different countries in Europe and they mentioned how much they love Spain and they’d even bought a house there. Spain? Ah yes, how could I forget! I went there last year and had a great time…so here’s some of my advice and impression of going gluten free loca in Espana (being intolerant to eggs and dairy at the time as well):

I was surprised, or better yet impressed... that the Spanish treat their Celiacs well! I had lived with a Spanish chica when I was studying in Bologna and I remember how much bread she and her posse would eat. But when I actually went to Madrid to visit a dear friend of mine last fall, I realized that pan was just a compliment to a dish…not necessarily an important staple in their cuisine and very easily substituted with gluten free bread found at a tienda de alimentación natural (the local health food store). What Spaniards tended to eat most, to me, seemed like huevos (eggs), chorizo y carne ( sausage and meat), verduras (vegetables) like peppers, tomatoes, onions and garlic, patatas (potatoes) and arroz (rice).

I think everyone and their mother knows that Spain is known for their Tapas (small dishes to be munched on with drinks in the early evening usually around 8 or 9pm, and this is very early for the Spanish!). Lucky for us Celiacs, we aren’t excluded from indulging in this tradition either. There’s much for us to eat like, torilla Espanola (an egg and potato omelet sometimes with onion or other vegetables), patatas bravas (fried potatoes, usually fried by themselves but it’s better to ask, see below how to ask in Spanish) , cacahuetes (peanuts), manchego (a type of Spanish cheese), jamon serrano (the Spanish version of Prosciutto, thinly sliced cured ham) and aceitunas (olives). And this can accompany their delicioso vino rioja,( yes, I admit, even me, who lives in Italy and is a bit biased towards Italian red wine, can say it is delicious).

As for other dishes for us Celiacs, it depends where you go in Spain. Generally speaking, there’s Paella (a tasty saffron rice dish with seafood and meat and often snails), which is very widely eaten, especially in Valencia where it was born, and lots of meat and seafood (just avoid the pesce fritos!). The Wikipedia online dictionary goes into detail about specific Spanish cuisine and it wouldn’t be a bad idea to glance at it before you hop on that plane to Spain: http://en.wikipedia.org/wiki/Spanish_cuisine

If the weather is nice, you can also take a picnic in the park, especially if you’re tight budgeted, like most of us travelers. You should be able to find health stores relatively easy or there should be plenty at the supermarkets as well. For local health stores, markets and restaurants with gluten free food check out the regional Celiac association websites : http://personales.mundivia.es/acecan/asociacionesp.htm It will link you to region specific Celiac associations and so you can find one exactly in the area you are going. If you don’t know Spanish, grab a friend who can read and understand Spanish to help you translate what you need to know.

Another great thing about Spain is that they have many thriving ethnic food restaurants, so if you’re a been-there-done-that Celiac traveler to Spain, someone who wants to broaden their food horizon, or someone who just wants to do Spain with a twist, you’ll have lots of choices. My friend, Shira, who I was visiting, was a vegetarian, and I was a Celiac avoiding dairy and eggs, so together you can imagine we were not exactly the easiest customers to wait on, or please for that matter. Yet, at Esfahan, a Persian restaurant on Calle San Bernadino (address and phone below), we managed to get pleasantly full and were even offered after dinner liquors…on the house (I imagine they didn’t hate us)!. The food was absolutely incredible, a rich infusion of delicately sweet meats, sauces far and beyond the traditional hummus, supple dolmas (rice wrapped in olive leaves), and although it wasn’t Spanish, if I lived there I’d go back all the time. Sin miedo, sin gluten (No fear, no gluten)!

But, although Celiacs can eat many things in this spectacular Mediterranean country, there are also many things we had better stay very very very far away from. For example, Bola (meatballs usually made with breadcrumbs), Gazpacho (a cold vegetable soup made with bread), Salmorejo (like Gazpacho but made with lots of bread), churros (a sweet, long, fried bread with cinnamon and sugar) and virtually anything with trigo (wheat), trigo duro (durum wheat), escanda (spelt), Harina (flour), cereales (cereals), cebada (barley), centeno (rye), avena (oats), and Almidón, fécula, sémola, proteina (which could contain any of the forbbiden cereals).Heed my warning, all of these above should be absolutely avoided!!!

As for dulces (desserts), ask your server about the arroz de leche (rice pudding) or the flan (egg custard). Traditionally, they shouldn’t contain gluten but it’s better to ask or check out the ingredients on the package and stay away from the ingredients listed above.

Useful Phrases:
Tengo la enfermedad celiaca, hay algo sin gluten? (I have Celiac, do you have anything without gluten?)
Donde esta la (una) tienda de alimentación natural? (where is the (a) health food store?)
Son las patatas fritadas en un sartén separado o con otra comida rebozada? (Are the potatoes fried in a separate pan or with other breaded (battered) food?
Esta comida tiene gluten? (Does this food have gluten in it?)